Ragworm! Why this worm is one of the best

Posted by D Harper on July 17, 2020
If you're heading to the coast for a spot of fishing, you'll know there's a wide variety of baits out there that will get you a catch. From soft plastic lures to hard silver spoons, there's a good variety of what you can use. But for those who want to cast out and wait with a cup of coffee, the Ragworm is one of the baits you will want on the end of that hook. For the less experienced sea angler, the Ragworm is a crowd favourite and for good reason. 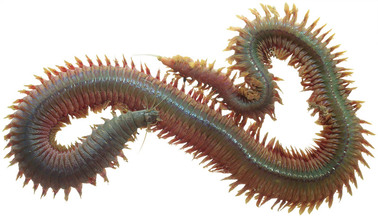 These are the King Ragworm which can grow up to 30cm, but look in the right place and you might find a metre-long worm. It is rare to find King Ragworms in concentrated colonies. The Common Red Ragworm, which is 15cm in length and usually found in large colonies around estuaries. Finally, the Harbour Ragworm or known by sea anglers as "Maddies", "Mudworm" or "Wrigglers". This species can grow to around 8cm and are found in large colonies in harbours and in sheltered estuaries.

Now, for most anglers, they'll settle for store-bought Ragworm which can be easily picked up in a good quantity for a reasonable price. But some anglers like to catch and store their own. To do that you'll need to find a sheltered estuary or a harbour at low tide with either a sandy or muddy ground type with plenty burrow points. Be careful, if it's a thick muddy ground you'll need a good set of wellies or even waders and be ready to get a little dirty as you'll be digging for these worms.

The most common tool used is a set of garden/potato forks, the reason for this is to reduce cutting the worms when you lift the ground up and also to break up the ground the worm might be hiding in. Once you spot the worms, pinch them lightly and move them into your bucket, be careful, even though these are worms, they have a set of pinchers that can give you a nasty little nip.

Once you've got yourself a nice batch of ragworms, it's time to either head out fishing or keep them for the next morning! The best way to keep ragworms fresh and still wriggling is to wrap them in newspaper and store them inside a fridge set to 1-2 degrees. If you want to keep them longer than a day, you'll need a shallow tray, with a few millimetres of clean saltwater. Place the ragworms into the tray with the saltwater, making sure they are not fully submerged, then placing a sheet over the top of the tray, dampened with salt water to prevent escape. Check on them once per day and change the water out if it discolours. It's a great idea to keep a supply of seawater in the same fridge you are keeping the ragworm, as changing the water out for room temperature water, may kill them. Doing this will keep the ragworms alive for up to 5 days.

Now it's time to get fishing. You've got your fresh ragworm ready to go, how do you rig it up? The simplest solution is to feed a hook directly through the head of the worm and have it pierce roughly halfway down its body leaving the tail to wriggle free. It's also really appealing to fish seeing the worm flutter in the current when you're on the retrieve.

Other ways can include hooking just the head, allowing the whole body to wriggle and kick around. Some anglers prefer to use the Ragworm in a cocktail of baits. For example, feeding a ragworm onto a hook which has tied to it, some squid and maybe a slice of mackerel. The possibilities are endless, so long as you have a section of that ragworm wriggling, it will get the fish going. Due to the constant movement, ragworm also becomes an excellent bait for float fishing too!

There are a wide variety of species that you can catch just by using a Ragworm such as, Cod, Whiting, Coalfish, Pollock, Wrasse and all species of Flatfish. Most, if not all species around the British Coast will take Ragworm, even the highly sought after Sea Bass will take it, but usually only under the right conditions.

When choosing baits for fishing off the coast, it's highly recommended that you try Ragworm, even for a session. You will see that these wriggling little worms can produce great results and sooner or later you'll be in a queue of people waiting to get a fresh batch of ragworm from your local shop or down the beach and harbour at low tide, scoping up ragworm, for your next session.

If you'd like to get yourself some Ragworm, our Glasgow and Edinburgh stores stock Ragworm every Tuesday. We also stock a variety of other live and frozen baits. Drop by one of our stores and head for the fridges or ask a member of staff for help.