Posted by JKN BW on April 03, 2020
Another of Frank Sawyer's classic patterns, so simple and so effective.

The story goes that Frank Sawyer originally developed the Killer Bug (in the 1930s) to eradicate grayling from the river Avon where he worked as the riverkeeper. Reportedly, the Killer Bug, which was tied to imitate a scud, was more effective than even netting or electro-fishing – hence the name Killer Bug. Now that’s a ringing endorsement if I ever heard one!

Chadwick's 477 Yarn is like hen's teeth now, original Chadwick’s 477 changed colour when wet from a greyish brown to a pinkish tan due to red fibres present in the wool, which presumably better matched the scuds Sawyer has was imitating. Chadwick's 477 hasn't been produced for decades now, all is not lost if you can't track down the original there are other options available to do a very passible imitation. 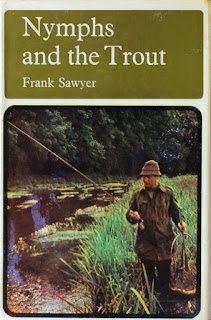 Davie's version below uses the original's two materials approach, with the addition of some superglue and varnish to make the pattern a more robust fishing fly.

Additional materials: Additionally, Davie made use of Varnish and Superglue to improve the longevity of the pattern and prevent the wire from slipping whilst tying.

Davie recommends a ceramic bobbin holder, particularly when you're tying with wire, check them out HERE
Davie's preferred type of whip finish tool can be found HERE.