First Flies on the Line?

Posted by JKN BW on March 25, 2020
Everyone is locked down just now but we were looking for some inspiration to tie up those early-season year-round patterns while we're all in the house at the vice.
We were looking for those ones you've got confidence in March but have a place on your line right through to November. It's not just that pattern though it's how to fish them to keep you catching so we asked some of our game anglers in Edinburgh Angling Centre for their first flies on the line.

Callum is our go-to stillwater Trout angler, he had a couple of patterns that he would never leave home without. They're staples in but with some tweaks you can make sure you're getting the best out of them. 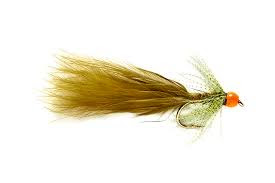 As most stillwater anglers will know, fishing the right lure when the temperatures are still low can be a devastating tactic when targeting rainbow trout.
One of the flies I'd suggest having in your box if you don’t already, is the Hot Headed Damsel, this is an extremely effective damsel nymph imitation, most of which will feature a brass bead to help gain some extra depth. This version has an orange or red bead to provide the trout with a hotspot to hone in on.

This is an excellent fly choice in late winter and throughout spring until it warms up, as these small damsels are often found in huge numbers in stillwaters, and they tend to stick around decaying weedbeds or sheltered bays. The fish get turned onto these aquatic insects so they are keyed in on them throughout the year, this makes it a superb searching pattern counting down through the depths to find feeding fish,

My favourite way to fish a damsel, would be to use a 3 or 6 foot sink tip fly line, a single fly on a mid length leader, with a steady figure of eight retrieve, with a couple of pauses and twitches thrown in to ensure that you are accurately imitating the nymphs natural movement. 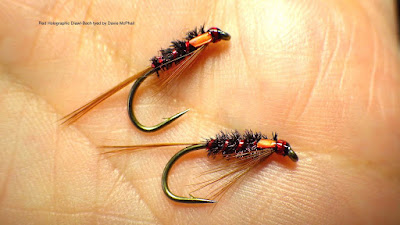 One of my favourite nymphing tactics is to fish a team of two Diawl Bachs with a heavier nymph on the point of a long leader with either a full floater or hover intermediate. This is because Diawl Bachs are excellent imitations of Corixa (an aquatic bug found in most stillwaters), and the heavier nymph allows me to ensure I am reaching the correct depth.
Generally, I will use this method around the margins in an attempt to successfully imitate the real thing, as Corixa will most often be found feeding around weeds and reed beds, looking for algae and other vegetation.

This is especially useful for anglers who are new to fly fishing, as there is no need to cast your full line out into the middle of the pond. You can shorten the leader down, fish two flies and as most fish taken on this method will be quite close to the bank it puts Trout well within a short cast. My retrieve when fishing this method is to twitch back quite fast and erratic, which can result in some brutal takes up close!

Grant took on the river patterns, if you want to know about nymph and small stream fishing then Grant is definitely the man to ask.

My go to pattern all year round, as it seems to be deadly no matter what conditions you are fishing in. Most of my larger fish over the last few seasons have been caught on one of these flies and they are  a perfect example of what I look for in good fly design.

They are simple to tie and due to their slim profile and size, they sink like rocks. This makes them especially effective in fast water, as you’re able to ensure that you’re reaching the depth the fish are sitting at.

When you are looking for a killer pattern in lots of settings, the one that goes on first before you know what the hatch is like or what the Trout are feeding on, is one that really is a generic imitation that passes for many forms of aquatic insect. It looks like nothing specific but it looks like everything in general so Trout and Grayling are always pretty keen on them! 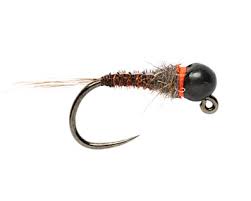 When the water is cooler the fish are normally still found closer to the bottom of the river and any time the water level is up on the rivers, you will need something heavy to get down. Perfect for nymphing your way up a pool on a traditional or Euro Style leader this is more than just sacrificial weight to get your flies down and fishing.

This is why I like to use a PTB, it’s heavy enough to knock a cow out on your backcast and given the changeable weather we’ve experienced in recent years, that’s exactly what you need for when conditions aren't ideal. Ensuring that your flies are reaching the appropriate depth at this time of year really can be the difference between blanking, and managing a few fish to the net.


As most fly anglers will know, the Pheasant Tail Nymph is one of the oldest fly patterns in the sport, originally developed by English river keeper Frank Sawyer. Variations of his pattern have been created over and over again in the years since then, and it is still one of the most popular flies for stillwater and river fishing to this day. I would never leave the house without at least a few variations of them in my box.