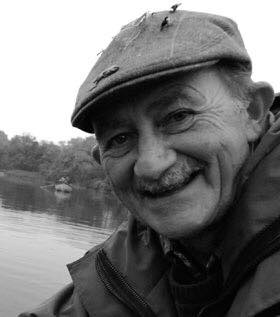 Highlights of a 2018 interview with the angling legend,

With an acting career spanning decades Paul is a renowned angler and host of the BAFTA-winning Hooked on Fishing TV Series and currently plays the much loved Shug in BBC's Still Game.


So, what was it that got you started in fishing and kept you coming back?


Living down by the Firth of Forth, we fished for Flounders in the winter and Mackerel in the summer.

When my family got a car, I was able to travel to the rivers in the Borders with my grandfather, who was a keen fisherman and I took great delight in catching little fish.

I started off fishing the worm, catching Trout or Perch and progressed to swinging a wet fly before learning more sophisticated styles and even starting to catch bigger fish.

The delight has never gone out of it though. I don't fish as much as I'd like to any more but I love meeting and speaking to anglers, talking about the trips they've had and sharing stories. Fishing is a great uniter.


What about fishing now, how do you see it's changed?

It’s changed a lot now. Youngsters can catch fish I’d only dreamed of and the technology is unimaginable compared to what I started out with.

Fishing tackle has come such a long way, there are not really many bad rods anymore and youngsters can get started out with some superb gear with a wealth of information available to them.

It was decades before I caught my first Rainbow Trout. Now, you can go along to waters and be disappointed if you haven’t had a two pounder! There are so many opportunities river, lochs, fisheries are much more accessible and people are more mobile now than in my day, it's very exciting. although kids are much more supervised now and they've got an awful lot more distractions available to them than I ever did.

Fishing itself hasn't changed though, the excitement and the challenge of the unknown are always going to be there for generations to come. 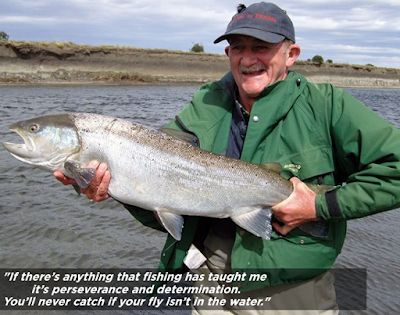 Any fish that stand out for you?

I've so many great memories of fishing in amazing locations, I’ve been incredibly lucky, caught some very special fish and seen wonderful places.

I am a game angler at heart and the one that stands out is a Sea Trout I caught in Tiera del Fuego in Argentina.

It might not have been the size of groupers and other fish I’ve caught but that one is probably the best.
Alongside a 40lb-plus salmon on the fly, that 30lb-plus Sea Trout make for quite a pair to have on your angling resume


Check out Paul's Hooked Series over on STV Player HERE

I don’t get out as much as I used to but I love supporting charities like Let’s Tackle Cancer and seeing youngsters out there catching fish, getting out in the outdoors, having respect for wildlife and passing that on to the next generation.


So do you have any fishing regrets?


We fished a lot in the UK for the programme but sadly almost none in Wales, and not as much of Ireland as I would have liked. My producer and I often talked about the places we'd like to cover there.

We fished the Bann in Northern Ireland, an unusual one for us concentrating on coarse species, but we never got to explore the big Irish Loughs for the show. I wish we'd been able to show that off to the audience.

Farther afield, I’ve always wanted to catch a Grand Trevally on the fly. We fished as far as the Seychelles but never got the chance to target them. It was the one that just never came together.

What was the most challenging fish for the series?


I’ve always been a Trout fisherman. That’s what I cut my teeth on and although I’ve caught plenty of Salmon and they are extremely difficult to catch on-demand.

They don’t feed in the freshwater, any Salmon angler will tell you there are lots of trips that just don't go to plan. You know trout have to feed at some point but if you are Salmon fishing to a strict filming schedule they are the most frustrating fish.

What is the future for Scottish Salmon fishing?


It’s changed dramatically over the years with the effect of Salmon farming. The lack of rain this year has had a major effect on fishing returns. But now Catch and Release has become the norm, I can see stocks recovering and with the right management we could end up with a fishery like the Norwegian rivers.

There's a lot more to Scotland than the famous rivers and Salmon though, I speak to lots of fishermen who are moving away from chasing big fish to targeting the little fish they caught as kids.

You can go to Sutherland and fish any of 365 lochs happily catching three-to-a- pound brownies in a water for every day of the year. There are a lot of people taking up Light Rock Fishing with tiny little baits and jigs targeting the host of species that we've got along our shores it's a refreshing change from specimen hunting.


Hundreds of anglers grew up on your shows. What do you feel is your legacy?

Often when I meet anglers at shows they tell me I’ve cost them a fortune in angling trips. Then they’ll get out their phones and show catches from all over the world.

We were trying to show the experience of it and often we were showing species and locations to fishermen that they’d never seen on British Television before.

I'm happy to still see that adventure and exploration in modern fishing programs,  I really enjoyed the new series on the BBC (Mortimer & Whitehouse: Gone Fishing).

I know Paul (Whitehouse) well after meeting at an audition years ago. His programme really brought out the fun side of fishing with your friends and the benefits of being in the outdoors.