Angling On Loch Lomond And Its Rivers 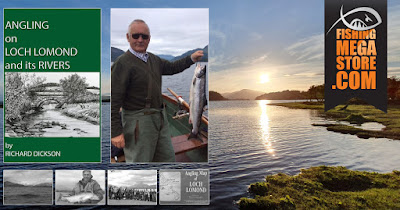 Loch Lomond is Scotland's best known and most loved Loch and is renowned throughout the world. It has inspired songs, works of art, and there are many legendary tales of record salmon caught, the largest of which was a 44lb fish caught in 1930 by Mr Edward Cochrane. The Loch is steeped in history, and anglers who get to know its waters intimately eventually hold a deep affection for the place. 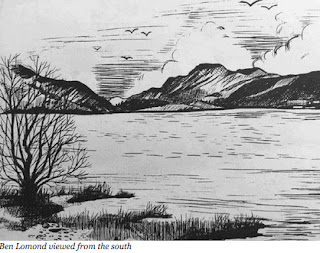 After spending almost 40 years fishing the Loch Lomond system, a Clydebank-born man has decided to share his love affair with the Loch that provided "many wonderful angling experiences and memorable days in beautiful surroundings." "Angling on Loch Lomond and its Rivers" by Richard Dickson chronicles the stories of its most famous anglers, and through his intimate knowledge of the place, its seasonal cycles, ecology and beauty, peels back the layers to reveal the magic and majesty of Scotland's jewel in the crown.

Richard has fished throughout Scotland, but for the past 40 years has spent most of his fishing time on Loch Lomond and its rivers. Since retiring, he has been the angling columnist for the Lennox Herald, West Dunbartonshire’s best selling local newspaper. His ‘Angling Angle’ column has been published weekly during each fishing season for seven years, with an impressive list of articles in excess of 200  written about fishing in the Lomond system. Dick also contributes monthly to the national ‘Trout and Salmon Magazine’, with reports about the fishing on Lomond and its rivers.

For an angler who has never fished Loch Lomond, it is understandable to feel over-awed by its sheer size. Stand on the top of either Conic Hill or Ben Lomond, and you get to appreciate its vastness - all 22.6 miles of it. It appears almost impenetrable, dark and nearly inaccessible. Granted, you can glean information from friends and anglers who can point you in the right direction about where to fish, what baits or lures to use, and where to locate specific species, but that's just the tip of the iceberg. 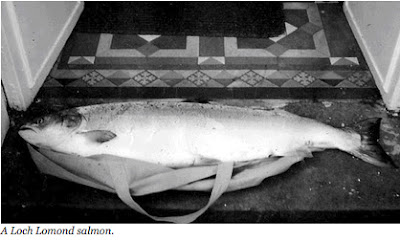 Through the book's easy-going style and almost poetic narrative, Richard helps the reader navigate Loch Lomond's murky waters and islands to reveal a magical loch, offering a first-hand account of fishing its many channels, bays and tributaries. From the Fruin to the Endrick, you will get to explore the variety of fish species in the Lomond system, its distinctive features, topology, geology, and historical sites.

This beautifully written book will resonate with anglers of all ages and abilities but its most significant triumph is that anglers will fall under the spell of Loch Lomond. You will not only be mesmerised by its natural beauty but also enchanted by its whispers and perhaps igniting your own love affair with the place.

You can meet Richard Dickson at the Edinburgh Angling Centre Open Weekend on the 29th and 30th June where you will have a chance to chat to him about the book, and also the opportunity to buy a signed copy.  Glasgow Angling Centre dates to be announced.