Posted by Fishingmegastore on February 27, 2019 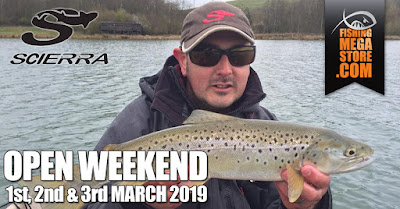 Come and meet Phil Dixon from Scierra at the Glasgow Angling Centre March 2019 Open Weekend. Phil Dixon has fly fished since the age of seven, and has developed into an extremely versatile and experienced fly fisherman with a special knack for catching trout and salmon. Phil is the Scierra Territory Manager for North West and Scotland

Phil has represented England in international competitions since he was 15 years old, and has managed two Youth World Caps, two European Caps, three Commonwealth Caps, five Loch Style International Caps, and two River International Caps etc. He was captain for the England River Team, and he continues to impress with his ability to catch fish under the most extreme and difficult circumstances.

Phil will be available during the Open Weekend to promote the Scierra range of products and clothing as well as the new Traxion 1 and Traxion 3 Fly Reels, new Scierra Luggage, Fusion Tech Wading Jacket and the new Scierra SRX V2 Fly Rod.  You will also be able to try out some of the new Scierra gear under the watchful eye of Phil himself, and he will be available to answer your questions and to offer tips about how to improve your fishing.

Don't forget, we will also have some fantastic Open Weekend Deals including great deals on Scierra gear.  Here are some examples: 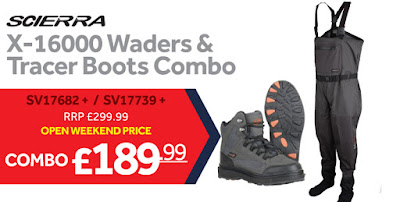 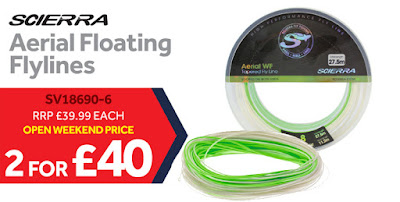 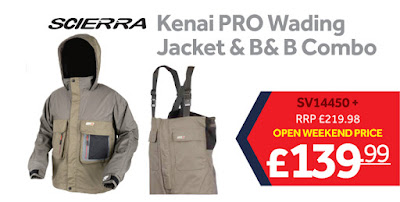 There really is something for everyone at these events, that's why they are the biggest in Scotland - and this one promises to be the biggest ever! With FREE parking and FREE entry, there will be loads of things to see and do, as well as some amazing bargains on all types of fishing tackle. Keep an eye out on Facebook, Twitter and instore for more info on what's going on at this event! Plus don't forget to register for your FREE GIFT! Click HERE for details!