Time For Change In Salmon Management In Scotland

Posted by Fishingmegastore on August 17, 2018 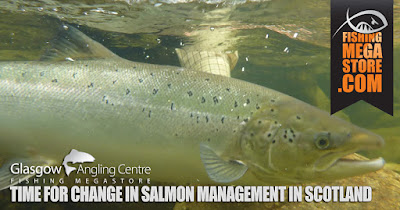 Ian Gordon is regarded as one of the world's leading salmon fishing guides, and casting instructors.  He runs one the country's top fishing/casting schools each spring on the Tulchan and Macallan beats of the River Spey.  Ian's view is that Salmon Management in Scotland is failing, and after 20 years there is nothing positive to show.  With the salmon population in our major rivers declining, this is a view shared by many ghillies, estate owners and salmon anglers.  In his article below, Ian contends that experts are pulling the wool over people's eyes and concealing the extent of their failings.  So he is looking for divers to gather information about what is actually happening in the river, and to get stakeholders increasingly vocal and engaged in this vital issue.

The 1980s saw the first fishery Biologists make an appearance on the big rivers of Scotland. Their remit or goal was to understand more and ensure the long-term sustainability of the fishery. As someone with a deep interest, personally, at the time, I thought this could and would be a good thing for the future of salmon fishing.

A.  What has happened in the meantime:

2. WHAT CAN BE DONE TO "PHYSICALLY" HELP?

Firstly, we must accept the problem! Unfortunately, this is something our managers are not willing to do. However, change has to come and the following will be a good starting point:

Having established a major problem for the fishery, what options do we have?

The Spey Fishery Board recently declined the offer by a new Beat owner to help fund a restocking programme. The reason given was “on the Best scientific advice available”. The bottom line is, every one of those scientists giving advice is terrified to:

If Dr David Summers and Brian Shaw are so confident, the return of hatchery fish will be so small it won’t impact in the least on wild fish. I’d ask them this, put your reputation where your mouth is and use the money to “properly” answer the questions above. Resolve this once and for all, with a national case study funded by the new owner at Tulchan, other Spey proprietors, anglers and business owners.  They are willing to fund the project and have “wanted” in the past, but now are “demanding” those questions are properly answered.


The project would be overseen by independent experts with a track record in this field as our scientists focus on every negative they possibly can when dealing with the subject, painting as bleak a picture possible to the uneducated. It would seem our own scientists simply don’t want the questions properly answered. But why should this be? Well, in the first instance, it’s because they worry more about that old chestnut, genetic integrity because they know the return from the “properly run and managed hatchery” will be greater than the figures they feed the uneducated. They simply don’t want to know how many fish are in the river as it will prove the figure of 10-15% rod caught fish is total nonsense, again damaging their professional reputation. Personally, I’d love to be “proved” wrong in all of this, but, other than number 3, I know for a fact I wont be.

The answer is to get the divers into the river ASAP. We desperately need this information.  It’s up to fishery owners, Ghillies and those with an interest to make this happen. Already I’ve had information back from a fishery owner who snorkelled his Beat and was flabbergasted at what he saw, or didn’t as the case may be. Given the water height right now (low water at the right time of year) we have never had a better chance to actually find out what’s there and have the information to set the ball of change rolling. Stop talking and get in there and gather the information. If anyone knows any Divers who would be willing to do this please get in touch with me here or simply get into your Beat and count.

If you are a diver, and would like to offer your support to this important study, please contact Ian Gordon: 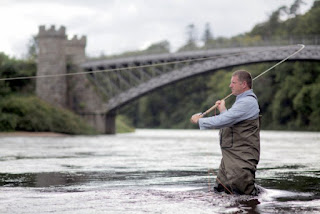