Posted by Unknown on April 27, 2018
Coalfish are widely distributed throughout the North Atlantic, their range extending across to the eastern seaboard of America. They feed mostly on small fish and Sandeels but will also forage on the seabed.

Coalies, or Saithe as they are sometimes referred to, are often confused with Pollack. After a few catches, you will soon be able to differentiate between the two. The Coalfish has a symmetrical jaw, whereas the lower jaw of the Pollack protrudes. The lateral line of the Coalfish is a distinct, straight white line, whereas there is a definite curve above the pectoral fin on a Pollack.

The colour of Coalfish ranges from a greenish brown, typical with small fish, to a stunning slate black displayed on the larger fish. They are pound for pound one of the hardest-fighting species of fish caught off the coast of the UK, especially so when taken on light tackle.

Depending on location, the average size of Coalfish caught is probably between 1-3lb, but in some areas, notably deep-water wrecks, double-figure specimens are regularly found. Fish weighing more than 30lb are caught in both Iceland and Norway. The British boat-caught record for Coalfish stands at 37lb 5oz, with a fish caught off a wreck near the Eddystone Reef in 1986. Big Coalfish are also abundant throughout the Orkney and Shetland Islands, which is where most of the really big fish are caught in British waters.

Boats fishing out of ports in Cornwall have a long association with specimen Coalfish as the species used to be common throughout much of the south-west and western coasts of the UK and Ireland, but they are much scarcer today, especially fish weighing more than 10lb. 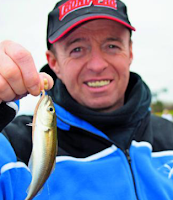 In many areas, such as Scotland and the north-east coast of England, many small Coalfish, typically fish below 2lb, are caught by anglers fishing piers, breakwaters, open beaches and within the lower limits of some estuaries.

If you are targeting Coalfish specifically from the shore, a light beach outfit would be best suited. You will quickly find Coalies will take most baits. Hooks on the smaller side, size 1 or 2, baited with Crab, Ragworm, Mussel etc. should give you a lot of success.
As Coalfish hunt smaller fish in mid-water, they can also be caught on lures by anglers fishing for Bass, Cod or Flounder from rocky marks during the summer. They will also take spinners and plugs in the same way that the closely related Pollack will.

Occasionally they will be taken on Mackerel feather rigs. In places where Coalfish are abundant, such as the North East and parts of Scotland, it is sometimes possible to hook multiple small Coalfish on these rigs.

As a result of the above factors, an increasing number of anglers are now using light spinning or LRF rods to fish for Coalfish.
Matching your rods with a small fixed spool reel and light braid will deliver a tremendous amount of sport with these hard-fighting fish.

When targeting specimen sized Coalies you will need to venture further afield and fish offshore. The ideal set-up for this is a 12/20lb or 20/30lb-class boat rod featuring a multiplier reel loaded with suitable monofilament or braid. In recent years, advances in tackle manufacturing have produced great spinning rods and fixed-spool reels that have been specifically designed for fishing for various species of hard-fighting sport fish throughout the tropics. These are excellent for targeting specimen sized Coalfish.

The hook length is tied to the other end of this swivel and is usually clear monofilament of around 20-30lb between 8-12ft in length. The lure is tied to the end of this. If using modern spinning tackle, then use a weighted shad. To fish with this rig, just drop it straight down to the bottom and rewind it up through the entire water column with a steady retrieve.

Bigger Coalfish will inhabit heavy and rough ground and will take a wide range of baits with Mackerel strip, Herring and Sandeel all tempting Coalfish, as will worm baits (particularly Ragworm) and Peeler Crab. Other baits such as Mussels and Squid can also catch this species. Size 2/0 hooks in a steady pattern are the best choice to use as they will allow smaller 1-2lb Coalfish to be caught but provide the strength for a more significant specimen to be landed. If you fish rough ground, rigs incorporating a weak link release is best used to help minimise tackle losses. 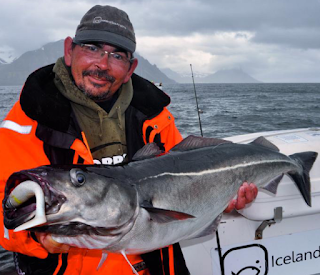 The general method used when fishing for Coalfish over a wreck or reef is to position the boat uptide of the area to be fished, then slowly drift back over it. The angler drops his bait or lure down to the bottom, then slowly starts to retrieve it. This technique is particularly useful because the shoals of Coalfish are often located at various depths in the water column, and it is essential to determine at which depth they are feeding. Counting the number of turns of the reel handle to the strike zone can help maximise results. 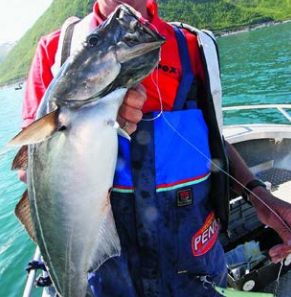 Bites are usually indicated by a delicate plucking; as does pulling at the tail of the lure.  When this happens, it is essential that when you feel this, you maintain the same rate of retrieve and resist the urge to strike. Keep winding and, eventually, the fish will engulf the lure and dive for the bottom. At this point, you then set the hook by lifting the rod and hope that you have correctly set the clutch.

You will have to work hard and travel far from your regular spots if you are after specimen Coalies, but no one will argue that going after smaller ones on lighter tackle is just as fun.

If you would like anymore information regarding fishing for Coalies visit us in store at either the Glasgow Angling Centre or the Edinburgh Angling Centre. Or call us on 0141 212 8880 and our expert staff will be happy to help.