Posted by Fishingmegastore on December 23, 2016

With new spinning reel engineering techniques improving, there’s always a high level of curiosity to see what these new techniques have to offer. It’s also particularly interesting to see how a new model stacks up against an old one. So when Penn decided to refresh the old Penn Battle and release the Penn Battle II Spinning Reel, it had a lot to live up to.

In a highly competitive spinning reel market, fishing tackle brands are essentially battling each other to produce an exemplary reel that not only offers high end features and cosmetics but also great pricing and outstanding value, so is this new Penn II Reel placed to win the battle? Can the revamped Battle II separate itself as the go-to model for all anglers; from light freshwater species to big saltwater specimens? 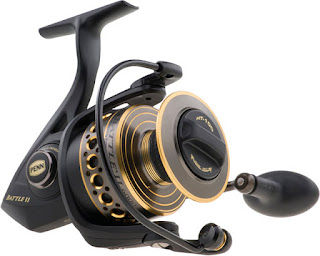 Improvements in the Penn Battle II

For the Battle II, Penn wanted to make a reel to cover all fishing situations, so there are 8 different models in the Penn Battle II series of reels. There’s a reel in the range for anglers who like to fish smaller waters and a bigger model for battling the big guns.

Going up to the 8000, its all about taming the giants of the ocean. Species such as Marlin, Tuna and Sailfish can be stopped with Penn’s newly designed drag system. The 8000 Battle takes 340yds of 20lb or 230lb of 30lb however it’s built to handle thicker lines and braids. It also has a gear ratio of 5.3:1 and 5+1 ball bearings. 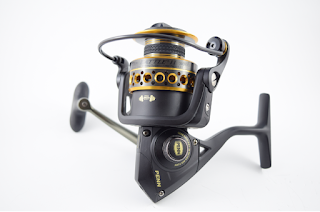 One of the most common complaints in saltwater spinning reels is when saltwater gets into the reel housing therefore affecting the internal components such as bearings and making the reel sound very rough and crunchy. So to solve this problem, Penn really looked at tackling corrosion and water penetration. The first place they started was the outer body casing where they improved the resilience and integrity of the coatings and paint. This was to protect the reel against the never-ending exposure to ocean spray, chemicals and general wear and tear. It's one thing making the reel watertight and impervious to the elements, however Penn have taken things even further by sealing the ball bearings. This contrasts with the older Battle where the ball bearings were shielded, ultimately adding an extra layer of impermeability and preventing saltwater causing it’s destruction.

Another development in the Penn Battle is an increase in the drag by 20%. This increase in pressure is made possible by ‘keying’ Penn’s HT-100 drag washers into the actual spool which changes the dynamics of it’s operation, namely the ability to use both sides of the washers therefore increasing the maximum drag force. This essentially lets you stop a fish in it's tracks. However with great drag force comes the problem of determining how much line you have available when playing a fish, so Penn have came up with the clever idea of added line capacity rings. These become visible as line peels off the reel and lets you see how many yards are left on the spool therefore helps in your decision to move with the fish, retrieve or let out more line. 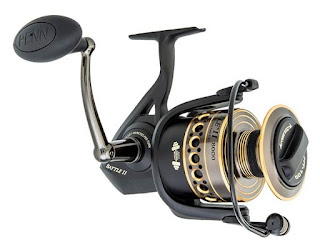 There is no argument against the original battle reel’s success, however Penn have made a classic into a reel the continues to grow as anglers recognise it’s inherent durability and fishability. It’s a finely crafted reel that retains the aesthetics of the original but offers cleaner lines, better performance and the capitalisation of new design and innovation. The new improved Battle II improves line management and is literally impenetrable with enhanced corrosion resistance. So if you want to know how much line you have left on the spool during the throws of battle, the line capacity rings will keep you right.

With increased drag pressure you have 20% more power in reserve to put a stop to stubborn fish. This is thanks to Penn’s HT-100 Versa Drag washers which have been keyed into the spool therefore allowing both sides of each drag washer to be used.  Ultimately, you get higher max drag, more range and smoother operation than reels in the same class.