SSACN is holding a species hunt at  Luce Bay and Port Logan this coming weekend.

This fun event is being run by SSACN to highlight the biodiversity of fish in the area and promote SSACN’s FishSmart and GFAC (Give Fish A Chance) Initiative. Many species of fish from Sandeels to Tope are caught regularly and catches of 15 to 20 species in a single day are common.

Luce Bay is already well known as a species hunters dream destination offering a wide variety of fish species and the odd bumper specimen to boot, and this year they have added a second destination! The species hunt will run from 9am to 5pm with junior and senior prizes awarded for the most species caught and  measured as well as for a range of other categories. The competition will be based on using photographs and measuring fish. 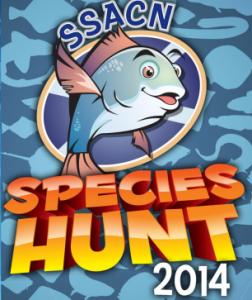 The aim of this event is to spread the FishSmart initiative to encourage anglers to measure their catch rather than weigh it and calculate weights using graphs created by SSACN.

Although most European anglers generally focus on measurements, UK anglers like to know the weight of their catch. However, weighing can cause unnecessary stress to the fish (and angler!) Crucially, different sets of scales may give different readings  but a centimetre is a centimetre on everybody’s measuring tape!

SSACN’s weight to length graphs can then be used to give an accurate estimate of weight.

Registration will be at Ardwell Slip car park from 0800 – 0830 hrs.
Registration fee is £5 for seniors – Juniors free.
Catch returns must be recorded at Ardwell by 1800 hrs with the prize giving at 1815 hrs.

Anglers will be given a photograph at registration that must be pictured in the background of a digital photograph of each species caught ….. the picture must be clear – species of Wrasse and Poor Cod / Pouting must have pictures that will allow the organisers to clearly identify individual species.