Posted by Gary Wingate on July 09, 2014
Here at Glasgow Angling Centre we are always on the lookout for new lures with unique or innovative features, and these lures from internationally established manufacturers River2Sea have certainly caught our eye! Here are some of our favourites which you can now buy instore or online! 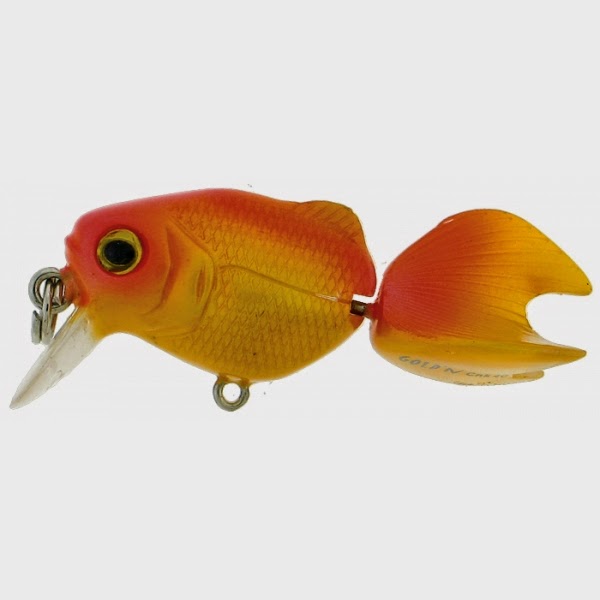 Always wanted to find out if Goldfish are a favorite food of Trout, Perch, Zander or Pike? Never Fear, the River2Sea Gold’n Crank is a perfect imitation of this tasty morsel and is available in all your favourite fairground colours! 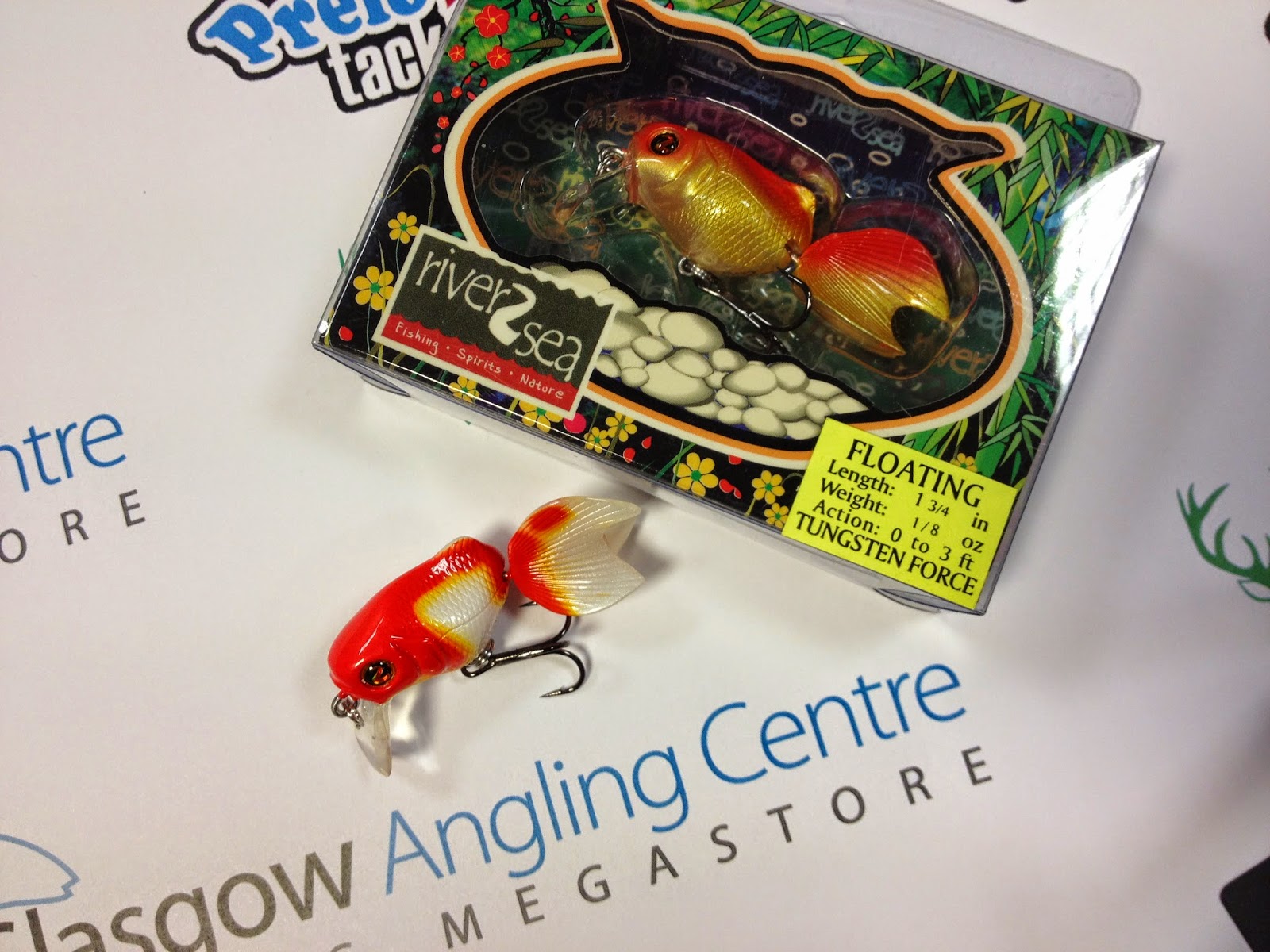 Fish this one close to shore with a steady retrieve for best results! It even comes in it's own 'fishbowl' packaging! 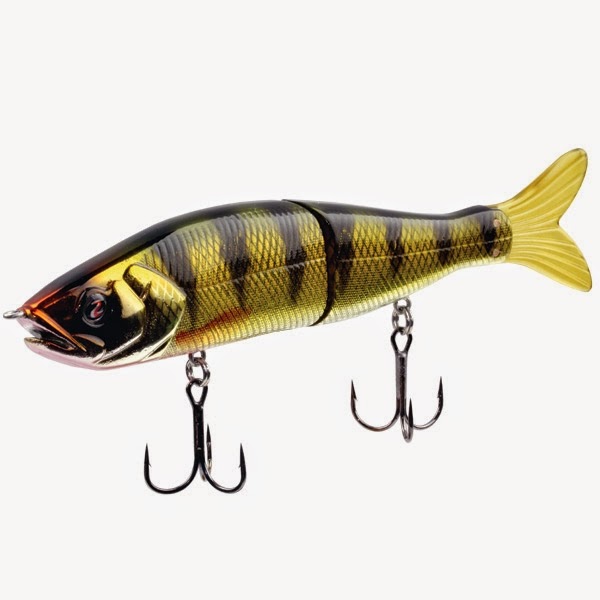 The River2Sea S-Waver is one of the hottest swimbaits in the world and leaves a big impression on this lure category. Featuring a natural “S–Action” swimming motion, S–Waver will seductively wake the surface and call big predators in for a closer look. Hold your rod tip up and S–Waver is a surface lure, allow the bait to slowly sink and the S–Action continues under water. 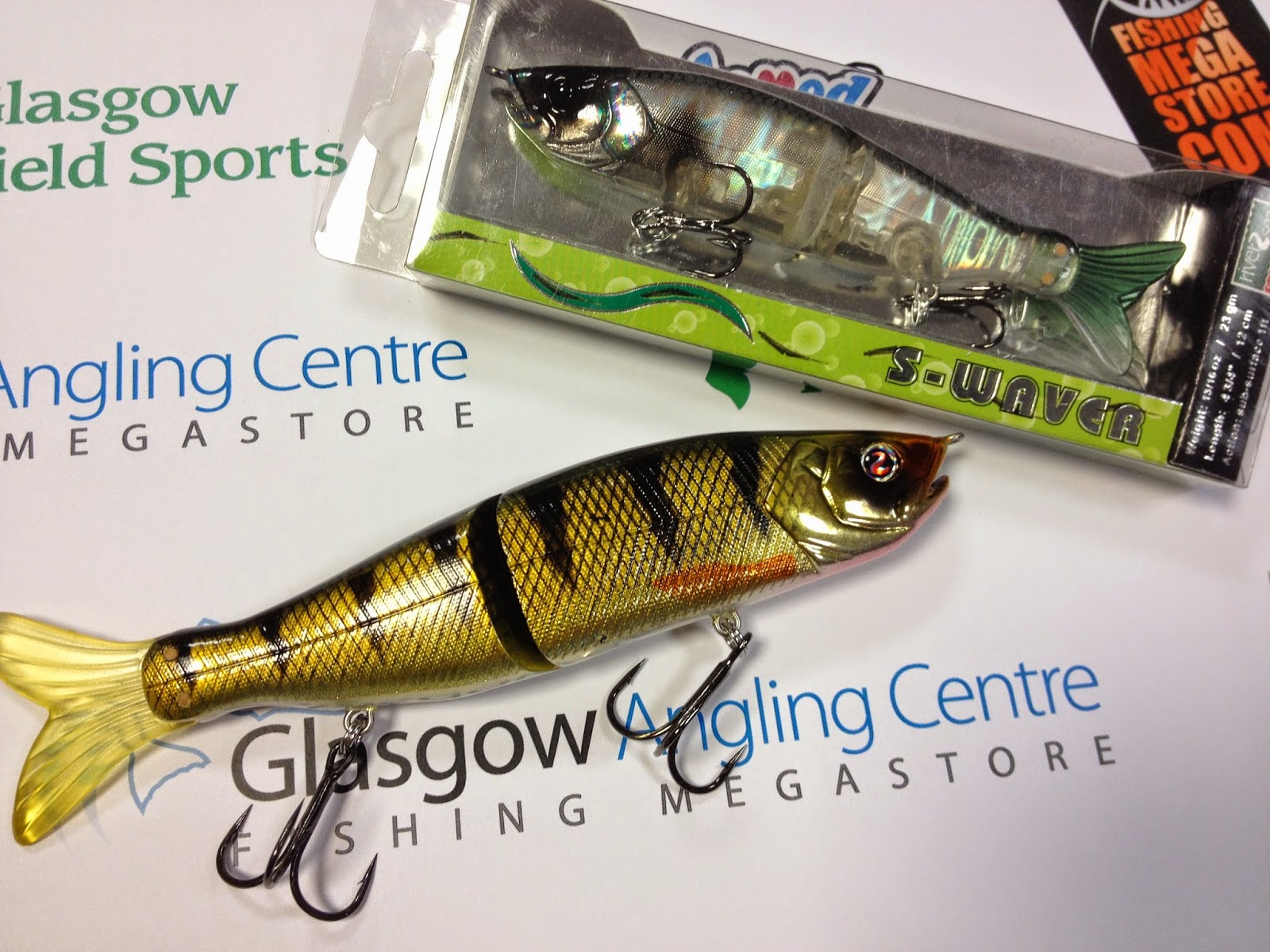 The S–Action swimming motion is created by River2Sea’s exclusive Pin and Tenon Hinge and accentuated by the soft PVC tail. That seductive wake will only be interrupted by the explosion of a massive strike from a big Trout, Pike, Zander, Bass - in fact almost any predatory fish! 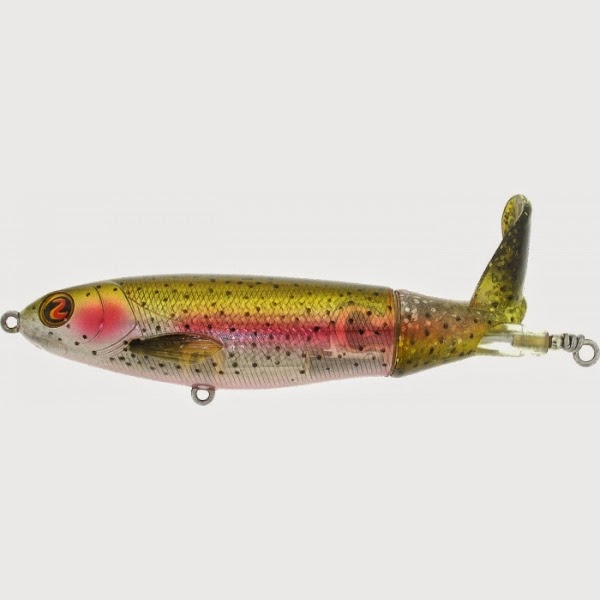 The River2Sea Whopper Plopper was originally designed by legendary angler, Larry Dahlberg to catch big Musky but after catching many big Bass on the Musky sized version he just had to make them in different sizes to target all predatory species! The Whopper Plopper operates at speeds from a crawl so super slow you can’t hear the tail, only the tiny glass beads that sizzle inside as the head shakes back and forth with each rotation of the tail. Speed it up and it throws water like a swamp buggy and has the same deep, hollow, whopper–plopping–fish–catching sound of the original! 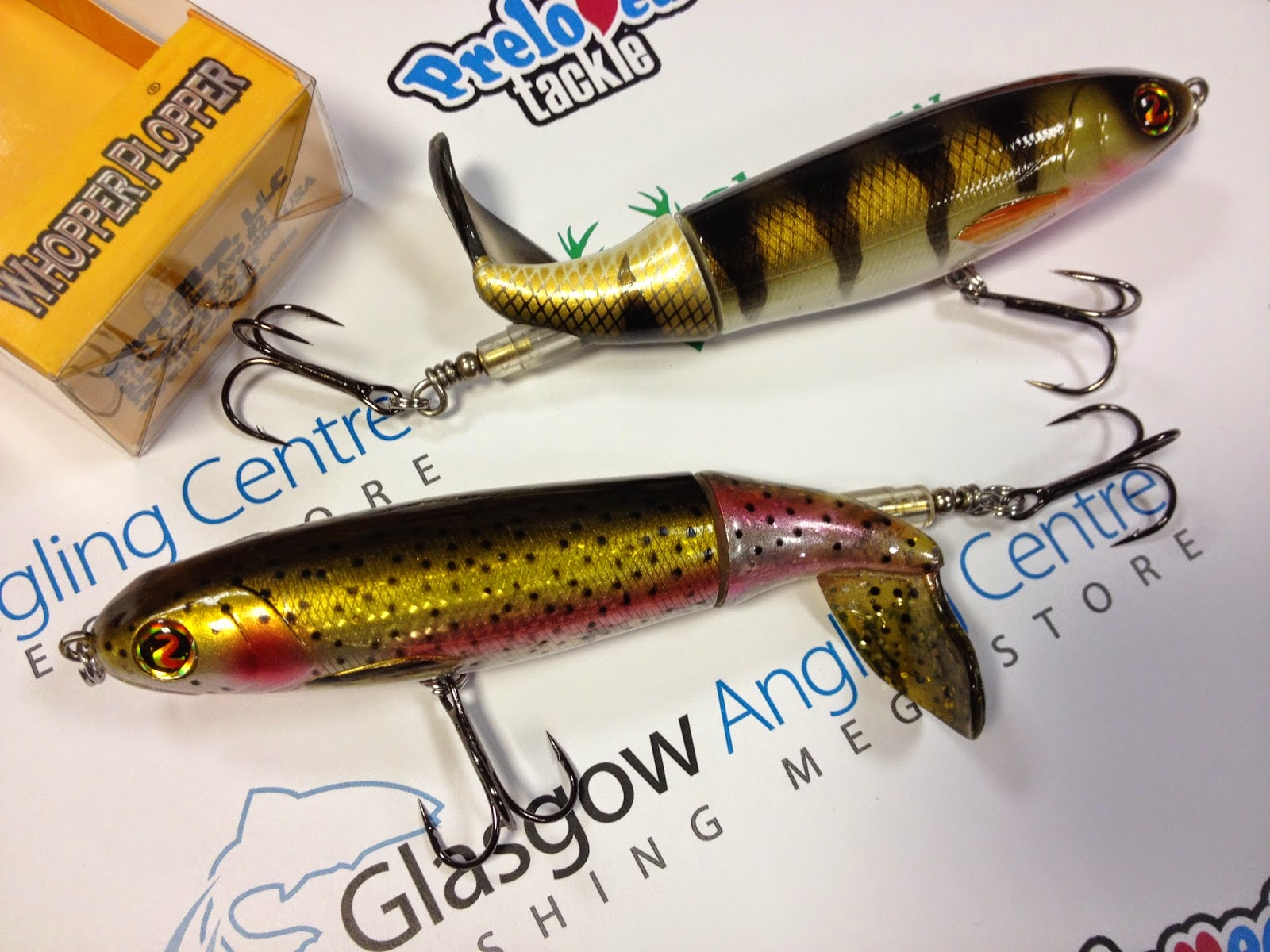 Like the original, it casts a mile so it’s great for combing large expanses of water and obviously its ability to work at the widest possible range of speeds makes it a great tool for tuning in the most productive speeds and rhythm of the particular day, a particular fish that might be following or one that’s just watching other top water lures go by. Each one is perfectly tuned out of the box, the tail is flexible and stays perfectly tuned forever. 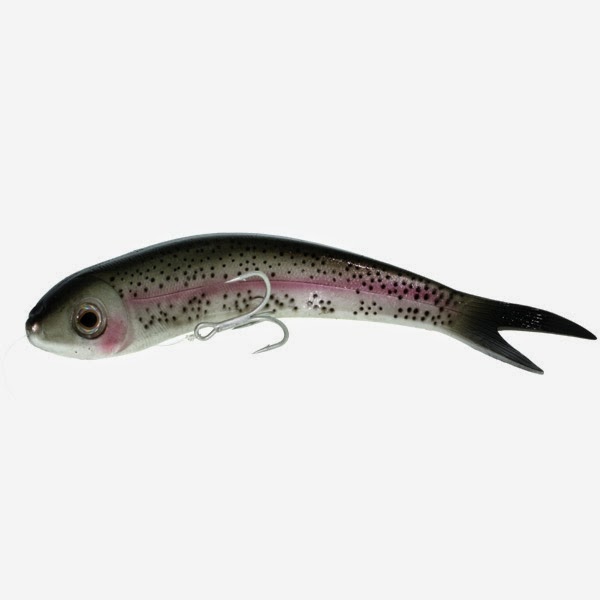 No matter what lure you’re using, if the fish follow but don't bite, something’s wrong. You can speed it up, slow it down, twitch it, figure it, or do whatever you can think of, but often they still fade away and disappear. Larry Dahlberg reckons the reason for this is usually because the lure’s action is too mechanical; its movements are too straight and predictable, or in some cases, it just doesn't look believable enough when it’s sitting still.

River2Sea's new Mr. Whiggley is the opposite of mechanical. He doesn't do the things that fish see other lures doing because he doesn't have a lip to dictate rhythm or restrict glide. Plus, just laying in your hand, without even moving, most folks would agree he looks more like a real fish than any lure they've ever seen or used before. When a fish strikes Mr Whiggley the only solid part of the lure they feel is the hook and by then it's already too late! And the line-thru design means the lure slides up the line during the fight, meaning it can't interfere with hook holds and saving it from unnecessary damage.

Mr. Whiggley is a proven lure in both fresh and saltwater and will catch any fish that eats other fish of that size! It’s devastating on Muskie, Pike, Peacock Bass, and plus-sized Large and Smallmouth Bass as well. In the salt they use it for Tarpon, Snook, Stripers, Monster Reds or anything else eating large baitfish with amazing results. We can't wait to try it on UK Pike, Zander, big Perch, Bass and Pollack! The Mr Whiggley is available to Pre-Order now for delivery in mid August 2014, beat the crowds and do it now!