In the past few years, Savage Gear have dominated the lure fishing market with a stream of amazing products such as the Real Eel, the 3D Herring Shad, 3D Crayfish and of course the recently added 3D Trout series - all of which have sold in their thousands here at GAC and most importantly of all, have caught UK predator anglers thousands of Pike, Perch, Zander and other species! 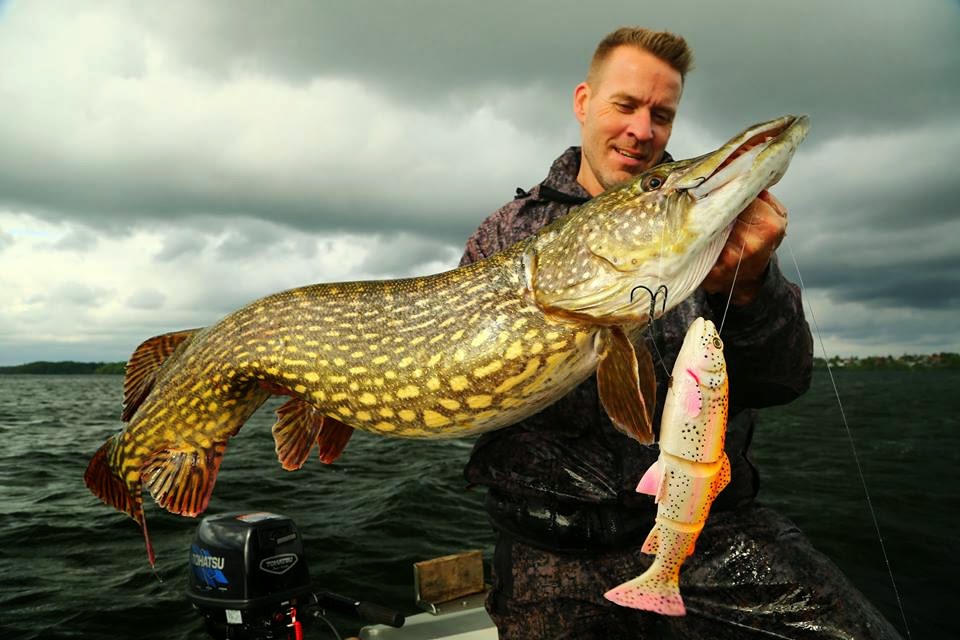 Mads Grosell, the lead designer behind almost all of Savage Gears creations is obsessed with swimbaits. This type of lure should closely represent the natural prey of predators, both in profile and swimming action, so Mads took an actual trout and 3D scanned it to replicate create the new Savage Gear Line Thru Trout profile, just like the best selling 3D Trout Rattle Shad. He then set about the task of developing how it would swim in the water at various speeds, slow and fast, stopping and starting, in order to make this lure come alive and behave just like a real Trout! 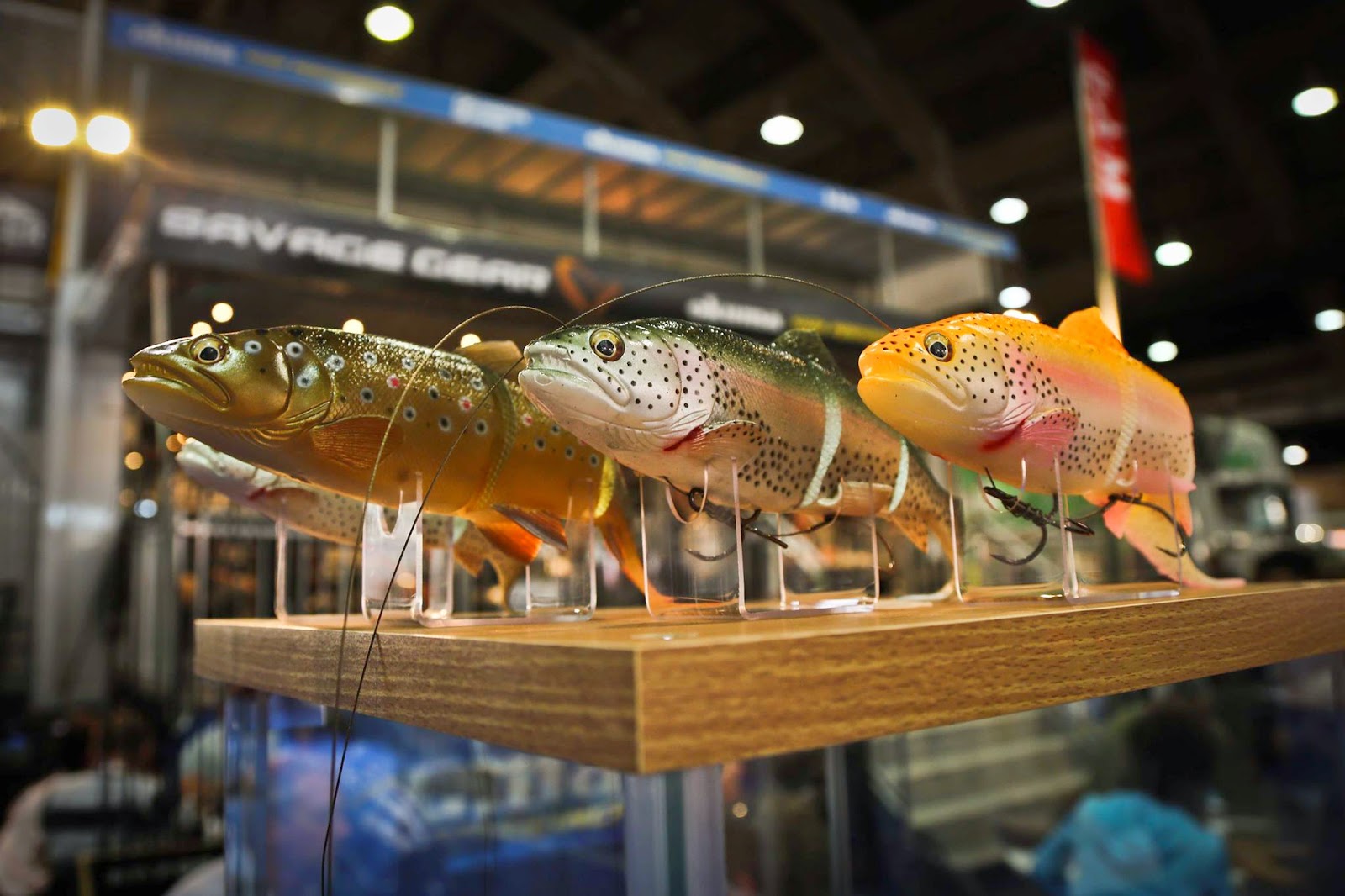 The 3D Trout Line Thru swim bait was born and quickly became a must have lure on the American Bass scene where it had a limited release onto the market. Mads wanted it to work for his passion though, the Pike, and spent hundreds of hours working on how best to rig the Line Thru with a wire trace and better hook placement specifically for Pike fishing - not quite as simple as the Bass version! The new lure was almost launched in the UK in late 2013, but it wasn't quite perfected so was postponed until Mads was completely satisfied with it! 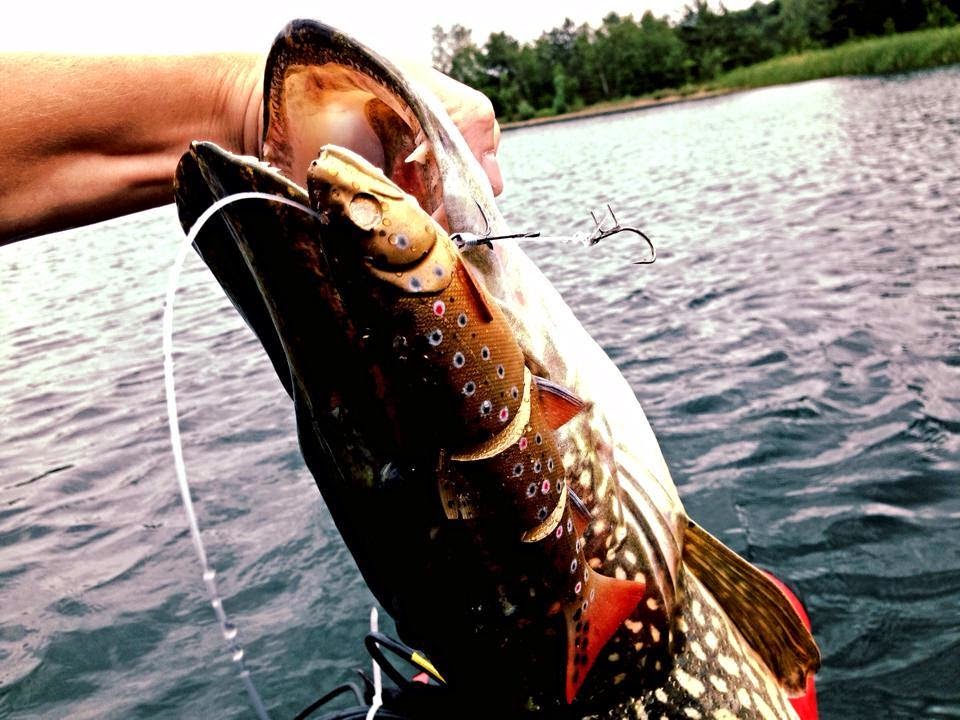 Now Mads has cracked it and the European version of the Line Thru 3D Trout will hit the shelves at GAC in late September. The lure now sports an innovative line thru Y-system that allows you to put the hooks either on the back or on the belly, depending on how you want to fish the lure. When the fish attacks the lure and is hooked, the lure will shoot up the line and away from the fish – so the fish cannot use the weight of the lures body to throw the hooks! If the whole lure is engulfed it can completely collapse in the fishes mouth to ensure a good hook hold too! 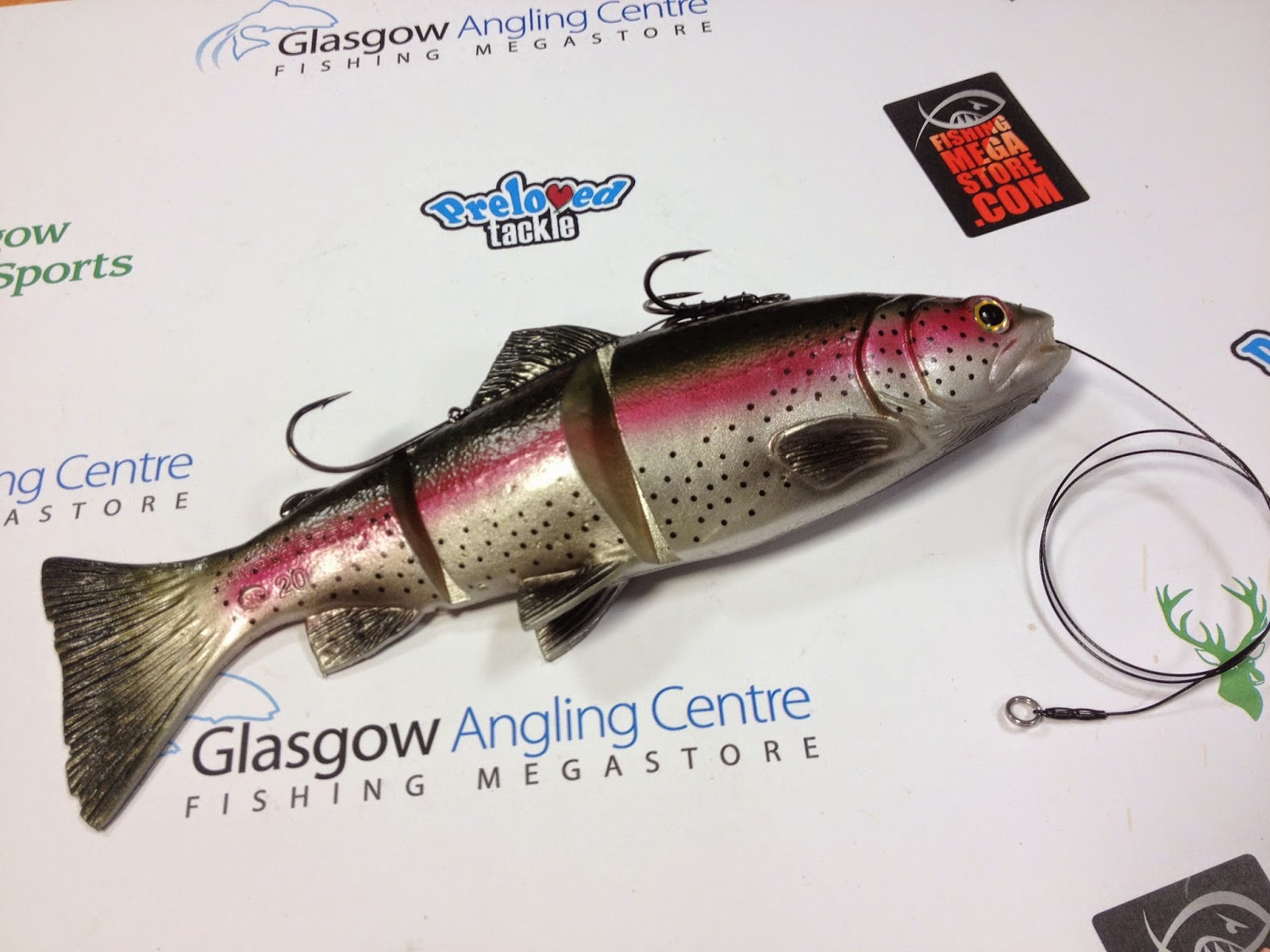 The swimming action of the SG 3D Line Thru Trout is as close to the real thing as you can imagine - it literally swims like a live trout and it can trick even the most clever predators to attack! It comes in three Sizes - 15cm, 20cm and 30cm, and in two sink rates, a Slow sink (SS) version with the line coming thru the mouth for a more shallow presentation and a moderate sink (MS) with line coming thru the forehead – to create a “stay down" swimming pattern so you can fish the lure at depth all the way to the boat or bank! Both sink rates have horizontal Balance on the drop for those devastating static takes! 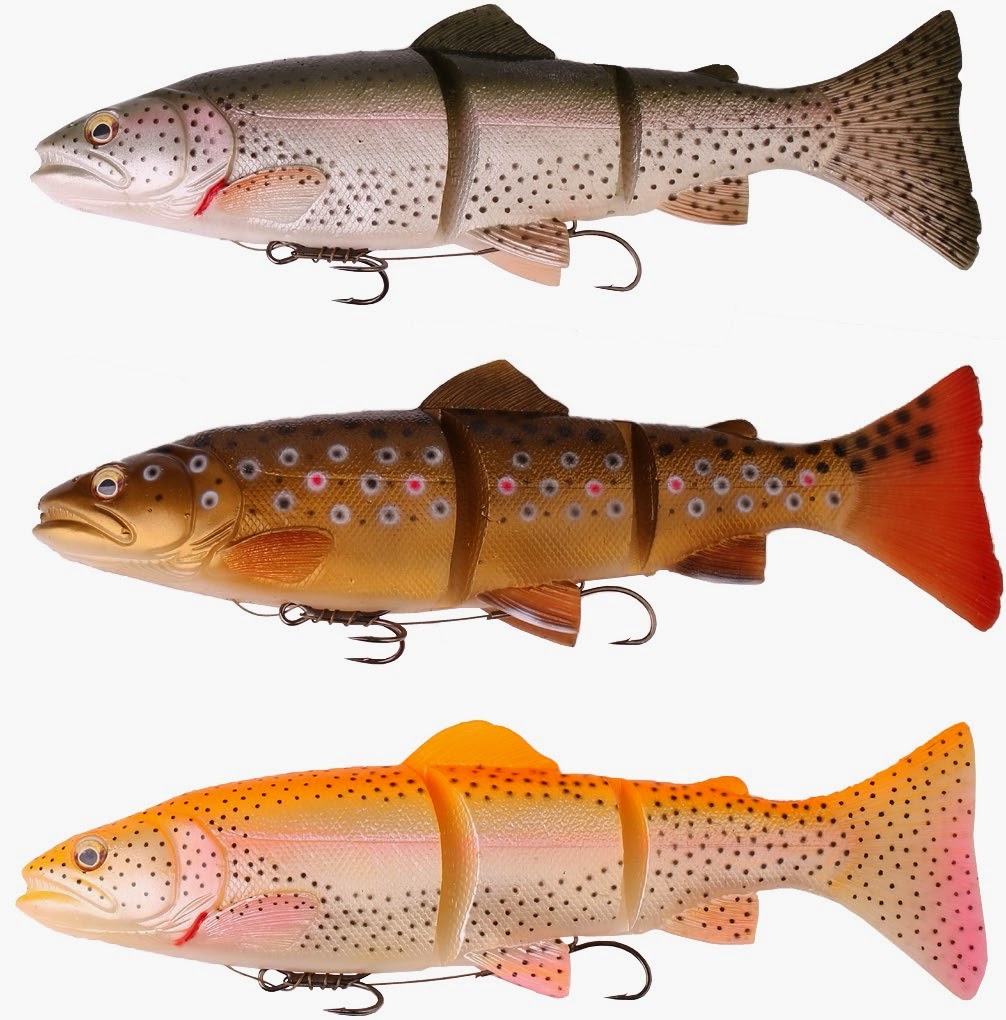 The Line Thru Trout comes in three colour patterns, Rainbow Trout, Golden Albino Trout and a new improved Brown Trout version, all with superior 3D detailing in the tails, fins and eyes. The joints are all reinforced with mesh and can take as much as 20lb of pressure without pulling out and a plastic internal hook harness means the damage caused by casting soft lures is a thing of the past. Each lure comes pre rigged with 49 strand wire, a tournament treble, and the 20cm and 30cm version sports a unique double spiked stinger hook that was developed for this application. 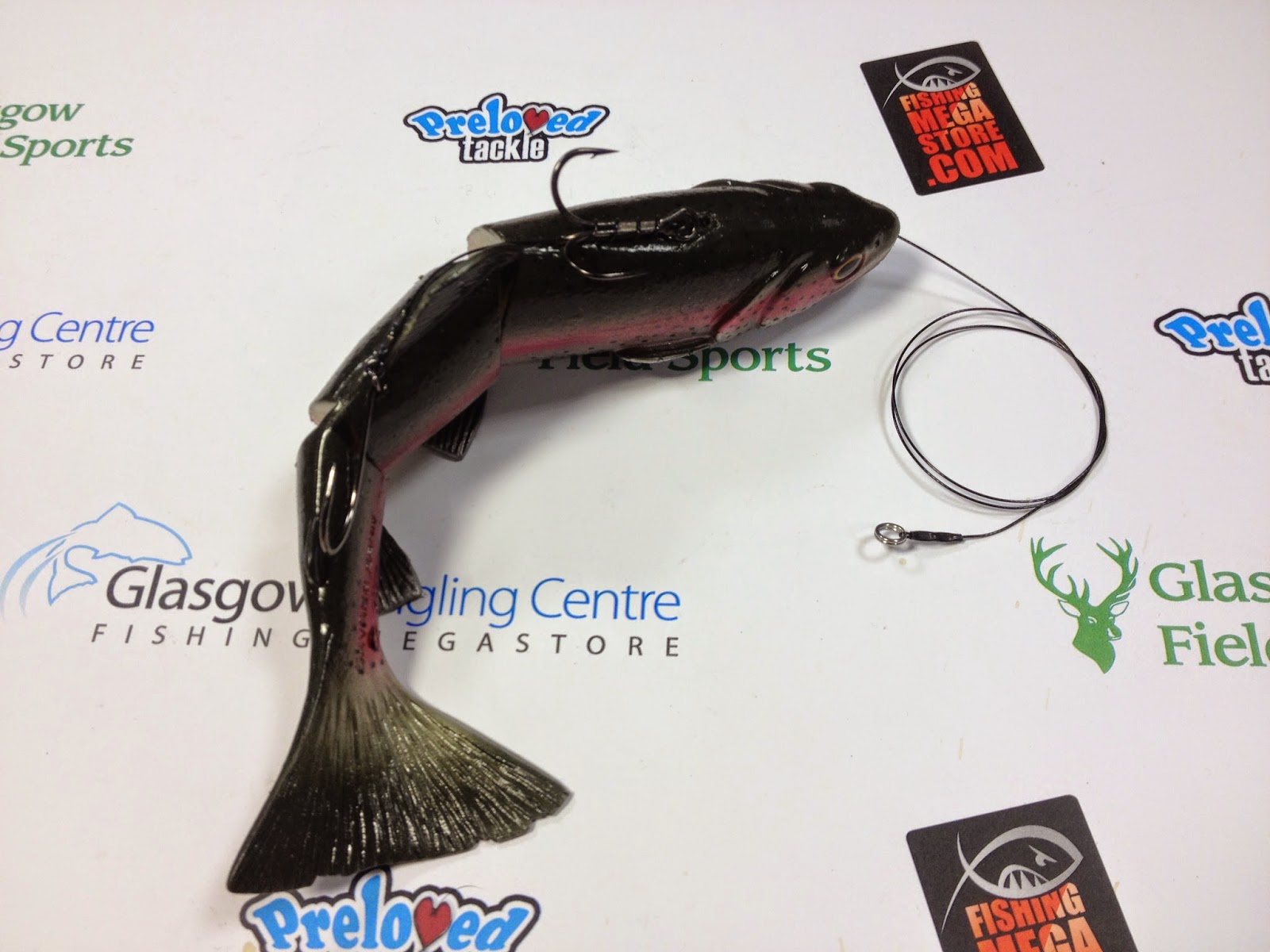 As always demand will be high for the launch of these lures in the UK and here at Glasgow Angling Centre we want to give you the best chance to be at the very front of the queue when they are released to the public. That is why we are opening up Pre-Orders for the Savage Gear 3D Line Thru Trout on our fishing tackle website today so you can order them now and relax until they are delivered sometime in late September 2014 (or maybe even sooner!) - and if you remember the chaos of the SG Real Eel and 3D Trout launch days then you will know it pays to get in early, and hundreds of our customers have benefitted from our pre-sale system already!

CLICK HERE TO PRE ORDER NOW and let us take care of the rest!