Posted by Gary Wingate on April 18, 2014
Young Jacob Walker had never caught a Pike before but on his second session of the year he had a double run, resulting in this fish which is a new record for the lake and another smaller Pike too! So he went from never catching a Pike before to a double hook up and most surprisingly of all both fish took a boilie bait intended for Carp! Both fish were safely released. 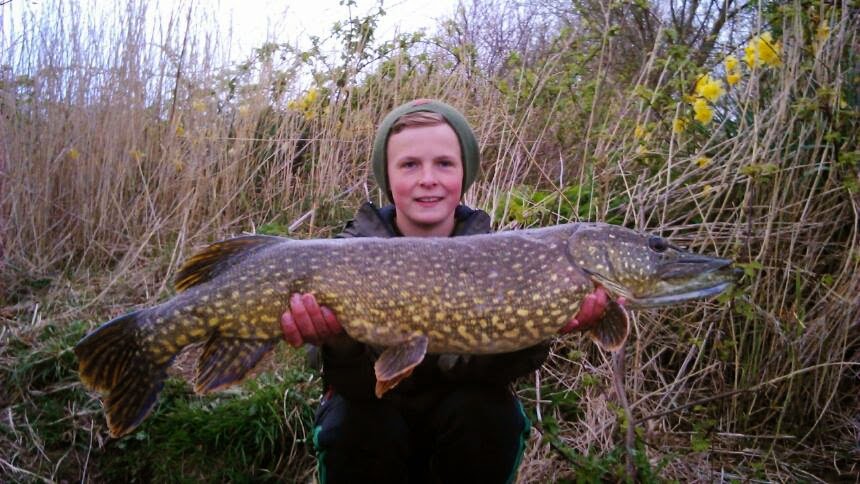 You can vote for this picture to win on Facebook by selecting it in our April 2014 FOTM gallery HERE and hitting the 'Like' button!If you would like to enter our FOTM competition and have the chance to win £100 simply send us a photograph of you and your catch, when and where you caught your fish, and what tackle and method you used through this page of our website. You can also enter instore - just ask any member of staff for assistance. The best entries will be featured on both our Blog and Facebook page!