Posted by Fishingmegastore on March 27, 2014
When we first saw the prototype Mackenzie DTX Atlas Salmon Rods in early March 2014 we instantly knew this six section Spey rod was going to be a big hit with the growing band of globetrotting game anglers who are travelling to Scotland, Ireland, Norway, Russia and even Argentina to sample the worlds finest Salmon and Sea Trout fishing.
There are already a number of travel rods on the market for Salmon anglers but many of these have a cumbersome feel and action that is a compromise between performance and practicality. Most of the guys we have let cast the DTX Atlas so far had no idea the rod was anything other than the run of the mill three or four piece models they were used to casting until the rod was taken apart before their very eyes!
We were very excited to get our hands on one of the first Mackenzie Atlas rods in the country and immediately took it out for a test cast. First up we tried it with the matching Mackenzie DTX Shooting Head, a floater in #9/10, which was soon zinging out to some impressive distances. The rod also handled full Spey lines very well too, including the #10/11 DTX G2 Spey with a 64ft head as well as lifting out a sunk Sink1/Sink2 shooting head, making it a very versatile tool for the travelling angler indeed.
These rods have been created for Salmon anglers who like to travel far and wide in pursuit of the most prized of game fish, so the Mackenzie Atlas rods come in both 13ft7 #9 and 14ft9 #10 configurations which should cover almost all the fishing situations the travelling Salmon fisher might come across. And please don't be fooled into thinking because they are six piece that the rod's action is in any way compromised. Far from it! In fact, Scott and the rest of the Mackenzie team have worked very hard to ensure these rods perform and cast as well as a 4 piece.
Not only is the DTX Atlas practical and easy to transport, they are also stunning looking rods and packed with features including a very stealthy matt finish, a top grade, mid length cork handle with composite accents, genuine Fuji stripper guides, a smart gloss black double lock down reel seat and come in a protective cloth rod bag and triangular rod tube. On review we found the Atlas to have a very similar in action to the Mackenzie DTX G2 Spey Rods range but with a slightly faster recovery in the tip while loading a little deeper in the lower sections
Conveniently, the Mackenzie DTX-Atlas in its sturdy tube is ideal for shoving into a large suitcase and would be easy enough to carry as hand luggage where permitted too - when you've paid thousands of pounds for your Salmon trip of a lifetime you don't want to lose your rods! Alternatively, if you are looking for a more compact Salmon Rod that will easily fit in your car boot out of sight, then the Atlas is perfect for this too!.
Available to buy from the end of May 2014, you can pre-order your DTX-Atlas now by visiting us instore at Glasgow Angling Centre or online at our fishing tackle superstore. 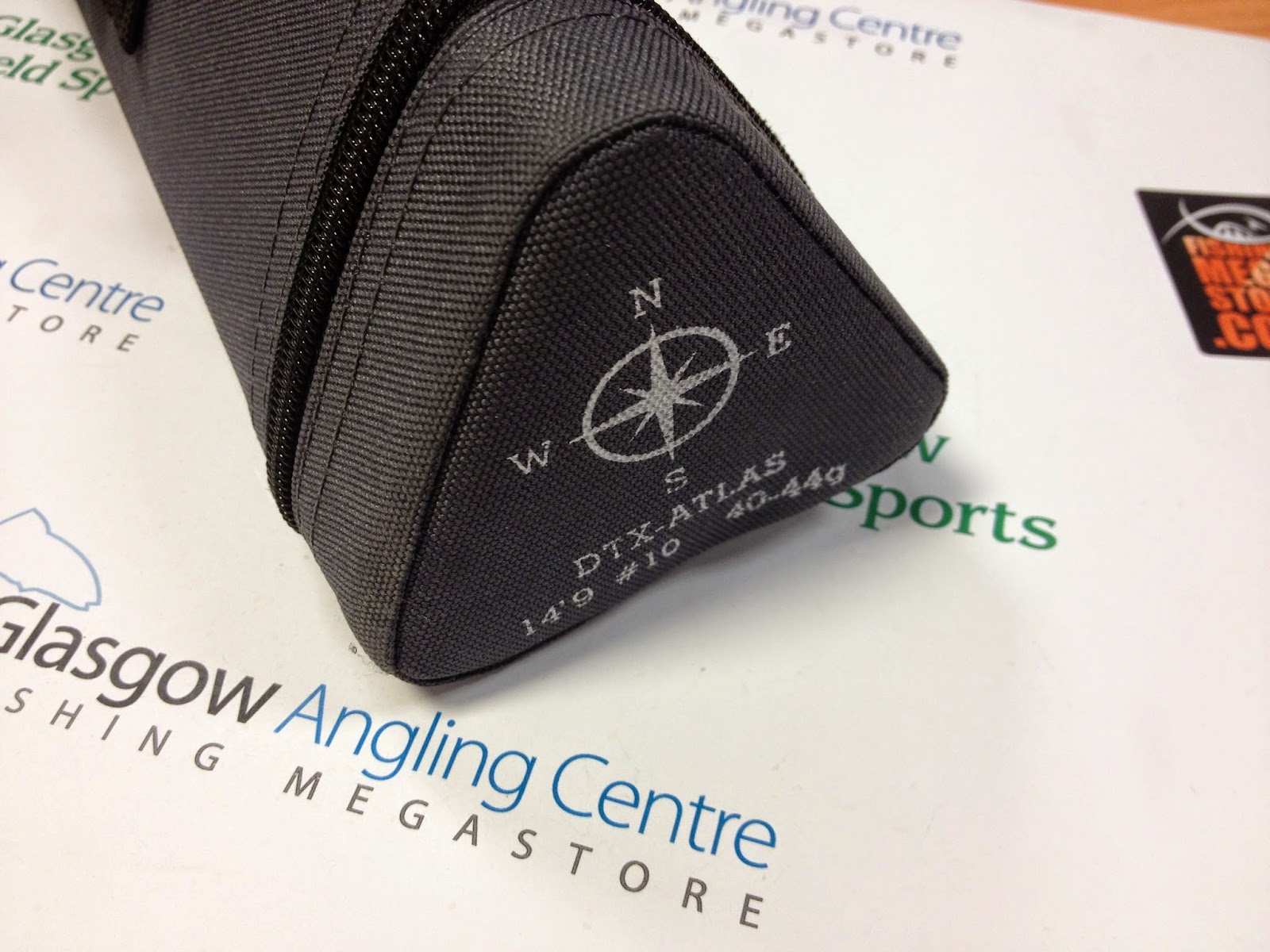