Posted by Gary Wingate on November 22, 2013
GoPro have some exciting new products lined up for the near future, and here at Glasgow Angling Centre we would like to showcase some of our favourites!

Dual Battery Charger
Nobody likes to hang around waiting for batteries to charge - especially if, like us, you have quite a few battery packs to make sure your GoPro makes it through a full day fishing or shooting without missing any action! One of the most frustrating things about the Hero3 and Hero3+ cameras was the lack of an official standalone charger, at least with the old Hero2 the Battery BacPac could charge batteries while you used your camera but the later version of these meant we were left to trust 3rd party chargers to do the job or not use the camera while you charged the batteries. GoPro have solved this problem and made it twice as good by introducing the new Dual Battery Charger! 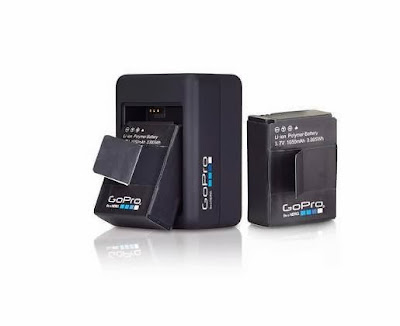 The GoPro Dual Battery Charger can conveniently charge two GoPro batteries simultaneously via a USB cable powered by most standard USB chargers, the GoPro Wall Charger, Car Charger or even your computer! Dual LEDs indicate the charging status of both batteries - Amber for charging, Green for fully charged. The GoPro Dual Charger is £29.99 from Glasgow Angling Centre - Pre-Order yours now for delivery around the end of December!

Blackout Housing
Using your Gopro for fishing, and even more so Hunting, can require an element of stealth - something that is not always possible with a shiny silver camera strapped to your head or your chest! For years users have been painting the housings or applying vinyl decals to subdue the camera visually, especially when staking or decoying when you are trying to be as invisible as possible! At last the solution come from GoPro in the form of the Gopro Blackout Camera Housing! 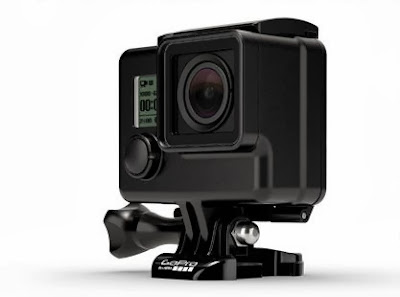 Hero3+ Housing BacPac Backdoor Kit
When the GoPro Hero3+ was first launched there was a lot of confusion about whether your existing Battery BacPac or LCD Touch PacBac would fit the new camera. The fact is, yes these BacPacs will fit the camera, but they had to be used in conjunction with the original Hero3 housing (soon to be renamed the Dive Housing) and backdoors. In the near future though, we will have a set of backdoors for the slim housing supplied with the Hero3+! 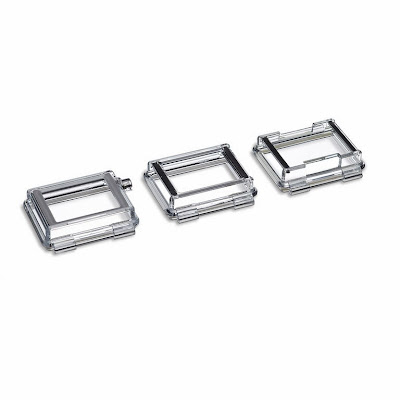 The GoPro Hero3+ Housing BacPac Backdoor Kit will enable the standard Hero3+ housing to fit a Battery BacPac or LCD Touch BacPac and includes solid, skeleton and touchscreen versions of the interchangeable backdoors. The GoPro BacPac Backdoor Kit is £9.99 from Glasgow Angling Centre - Pre-Order yours now for delivery around the end of December!


Standard Slim Housing
One of the big bonus points for the new GoPro Hero3+ camera is the redesigned housing that is more compact, lighter, and easier to operate due to the bigger buttons and simplified catch assembly. Many Hero3 owners who are happy with their current camera and are not ready to upgrade yet will be glad to hear that this housing is now available on its own, bringing these benefits to the older models. The only sacrifice is the maximum depth it can be used underwater is much less but for most users this is not a big deal! 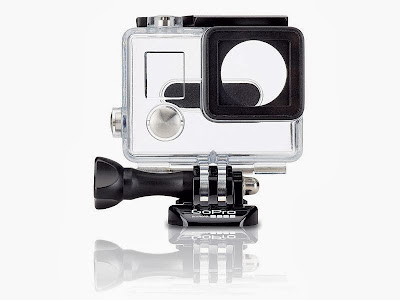 The GoPro Hero3+ Standard Housing is a slim, lightweight housing that is compatible with Hero3 and Hero3+ cameras. The flat glass lens delivers maximum image sharpness above and below water. Waterproof to 40m. Includes Standard and Skeleton Backdoors. The GoPro Hero3+ Standard Housing is £49.99 from Glasgow Angling Centre - Pre-Order yours now for delivery around the end of December!

Here at GAC we stock every GoPro item that is available and if you need any advice just give us a shout! Buy your GoPr accesories from us either online or instore HERE!