Posted by Gary Wingate on February 19, 2013
The fly tying demonstrations are always very, very popular at our Open Weekends and the next one on the 1st, 2nd and 3rd of March will be no different! A new format will be bringing more of the countries top fly tyers, sponsored by Veniard and supported by Partridge, Fulling Mill and Hardy, making this the premier fly tying event in Scotland! All of these tyers are at the top of their game and will go out of their way to show you how to perform the latest techniques and how to tie any style of fly you can think of. They will even take the time to guide you round our massive fly tying department and help you to choose the right equipment and materials, so don't miss out and come to Scotland's biggest FREE angling event!
Davie McPhail
Classed as one of the very best tyers in Europe and a GAC favourite, Davie McPhail has been tying flies since 1982 and has more recently become a YouTube sensation with millions of hits. He will be instore giving help and advice to solve all your fly tying problems. Signed DVDs will also be available all weekend. http://www.youtube.com/user/DavieMcPhail

Stevie Munn
Stevies fly patterns have appeared in many angling books and he also writes articles in many angling magazines including Irish Angler, Total Flyfisher, Trout & Salmon, Flyfishing & Fly Tying and Chasing Silver of which he is the Field Editor in Ireland. He has fished many venues throughout the world but is most at home fishing on one of the large Irish loughs or rivers, for wild Brown Trout, Dollaghan or Salmon. A member of the Hardy Academy, he teaches fly casting and fly tying to all levels from beginner to advanced and has also given lessons at many schools in Ireland. http://www.irishflyfair.com 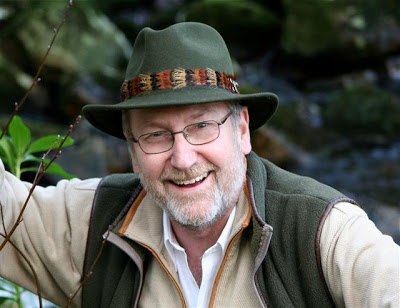 Chris Sandford
An actor, writer, voice over artist, angling antiques expert and of course fly tyer, Chris’s name is synonymous with the world of fishing. His knowledge of vintage tackle and his innovative fly tying are reflected in his regular articles in the angling press. He enjoys great popularity with his column in Fly Fishing and Fly Tying. He also writes for 'Waterlog' magazine and his latest DVD and booklet Mayflies and More has recently received rave reviews! Check out the DVD here!

Best known for his prolific writing and perfectly tied flies in Trout & Salmon and Trout Fisherman, Paul is a qualified AAPGAI instructor at Masters level and is regarded by many to be one of the top fly tyers and casters in the UK. Based in Cumbria, with over 30 years fly fishing experience, Paul provides first class guiding, fly casting & fly fishing tuition to all levels and abilities and as well as offering knowledge of his home waters, he is equally experienced on rivers, stillwaters and saltwater throughout the UK and abroad. Paul also specialises in hosted trips to destinations all over the world, targeting species such as wild Brown Trout, Grayling, Bonefish, Tarpon and Permit in locations as diverse as Poland, Slovenia, Iceland, Bosnia, Mexico & New Zealand. http://paulprocter.blogspot.com/

Paul Little
Paul's passion is for dressing salmon flies, especially the classics. He enjoys dressing the grubs, Spey flies and those flies that most people have forgotten. In recent years he has given both salmon and trout fly workshops in the US and the UK and enjoys the experience very much. The important thing to Paul is mastering the basic techniques and having done so, to disseminate those skills for the benefit of other Fly dressers. http://paullittleflydresser.wordpress.com/


Dougie Loughridge
Dougie has been tying for over 18 years. He cut his flyfishing teeth on lochs, rivers and small stillwaters chasing Rainbows, Brownies and Grayling but his true passion these days is for Pike on the fly. This has become his main focus over the last few years and he likes nothing more than drifting in his float tube stalking the big, hard fighting Pike from waters big and small all over the country. You can see and buy the flies Dougie designs for Fulling Mill here.

Duncan Egan
Duncan specialises in tying innovative, modern salmon flies and is the inventor of the hugely successful Flamethrower series of flies. He ties flies professionally for many salmon beats and high profile salmon anglers all over the world and often has a lengthy waiting list. However he is by no means a one trick fly tyer and if you ask him nicely he will show you some of the most awesome Clyde style trout flies you will ever see. http://www.duncaneganflies.co.uk/

Steve Carew
Steve is the Technical Manager at Fulling Mill flies and he is also a passionate Fly Fisherman and Fly Tier with over twenty years experience. He mainly ties Trout and Grayling patterns for both still and running water but he also like to dabble in patterns for saltwater and carp. He will be on hand to answer any questions you have during the show, talk fishing to anyone who wants to listen and hopefully tie a few flies that you might find of interest. http://www.fullingmill.com/

An enthusiastic fisherman since the age of 10, living close to and fishing the Thames but graduating to fly fishing for trout at Weirwood Reservoir in Sussex at 18, and subsequently fishing around the UK for trout, salmon, and Grayling, Ian hase been tying his own flies for the last 40 years. Recently he has also taken to fishing for carp on the fly – great fun! Recently retired as Technical Manager for Fulling Mill after 17 years.

David Edwards
David  has always been fascinated by Pike fishing, but it doesn't stop him from fishing for other species. He will use most legal means of catching fish but his favourite and most successful method has to be fly fishing. David is best known as the man who popularised the use of modern UV curing glues in UK fly tying and made them available to the masses under the Bug-Bond brand. he will be demonstrating the various methods and uses he has found for this innovative product and all Bug-Bond products will be available for purchase instore. http://deesox.blogspot.com/

Paul Clydesdale
Paul is the regional officer for the PFFA in Scotland and is a very experienced fly angler with many big fish captures to his credit. His unique tying style and awesome predator patterns are sure to raise some interest with attendees of the Open Weekend just as the do with the Pike and other toothy critter he likes to pursue with a fly rod! www.pffa.co.uk

Darryl Mooney
Darryl is the UK and Ireland Sales Director for Partridge of Redditch and has been tying for over36 years. He grew up fishing for wild brownies on his local River Lagan in Northern Ireland and this remains his passion to this day. A committed advocate of catch and release, he has a particular interest in all aspects of Euro Nymphing and will be demonstrating tying Woven Czech Nymphs on Friday and Sunday as well as being on hand to offer advice on the range of Partridge Hooks. http://www.partridge-of-redditch.co.uk/

There will be loads of thing to see and do on the Open Weekend dates as well as some amazing bargains on fishing tackle. Keep an eye out on Facebook, Twitter and instore for more info on what's going on at this event! Plus don't forget to register for your FREE GIFT on the day! Click HERE for details!