Brady is back instore at GAC! 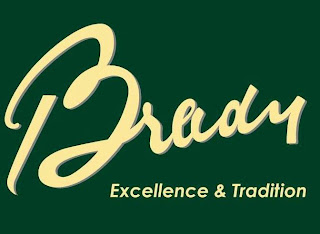 It is with great pleasure that Glasgow Angling Centre welcomes back to our range one of the most enduring brands in the fishing and shooting industry - Brady Bags! All of the original staff from PD Fishing Tackle and the early days of the GAC have fond memories of selling and owning these classic bags, many of which were handed down through families and friends, and a quick tally up revealed that most of us still possessed at least one Brady product, with one staff member owning up to having nine items, between gun slips, fishing bags, game bags and accessories!
In recent years we have noticed an increase in demand for equipment that reminds us of the past, and sales of classically styled fishing bags such as the Hardy bags have rocketed. It made sense then for us to bring back into stock the most famous brand in fishing bags and it is great to see some familiar names back on the shelves again - the Ariel Trout Bag, the Dart and the Gelderburn, and of course the popular Brady game bags, cartridge bags and belts, and gun cases add a touch of class to the Glasgow Field Sports gunroom as well.
Some of our younger customers might be asking, who are Brady Bags? The Brady brothers, John and Albert, started their company in Birmingham in 1887 making leather gun cases. Over the years their range expanded to include fishing and game bags and Brady became world renowned as makers of the finest quality sporting leather goods.
Even today, Brady are proud to maintain the traditions, values and standards established more than a century ago. Brady bags continue to be hand-made in Walsall, from best quality canvas, brass components and English bridle leather. Many of the styles first introduced in the 1930s and 1940s are still made to original patterns and remain some of the most popular Brady styles. Here is a short history of the company, written by Helen Brady, the daughter of Ernest Brady.

1880s
The first Brady brothers were John and Albert who in about 1887 started making leather gun cases in Price Street, Birmingham for 12/6 each, about 75p in today’s money!

1920s
Eventually John’s son Ernest and Albert’s son Leonard, worked in the business. In 1923 John died aged 55 and Ernest left the business. For several years Ernest worked elsewhere, including a job making the trunks that went on the backs of motor cars. Then, in 1928, with £500 that his father had left him and £100 borrowed from an aunt, he began in business on his own with his uncle Frank Brady travelling for the business.

1930s
Eventually Ernest and Leonard moved to larger premises in Shadwell Street in Birmingham’s gun quarter. It was there Ernest first designed and made game bags, and a large selection of sporting accessories, but most particularly he designed and personally made a range of fishing bags all named after English rivers.

These bags were to become the mainstay of the company and the source of its prosperity and fame in future years. Hand-made Brady gun cases were also greatly prized throughout the world, particularly by those who had Purdey guns. Oak and leather gun cases were made for movie and theatrical celebrities and royalty, including the Sultan of Oman and the Duke of Westminster.

1940s
Just before the 1939-45 war broke out Ernest took his younger brother Philip, a redundant car salesman, into the business. During the war Ernest was forced to move the business into his house, with the help of one stitcher and one part-time machinist. Both ladies, incidentally had worked for John and Albert, and went on to complete over 50 years with Brady Brothers.

It was a blessing that Ernest had an understanding wife who was willing to have her household disrupted with workers and business callers at the door and on the telephone. My mother contributed a great deal to the welfare of the business in the war years, for these were lean and difficult days. Our house was bombed and so was Birmingham very extensively. The city was going to have to be reconstructed and Shadwell Street was to be demolished, so Ernest decided to start up in business again by moving in 1946 to Halesowen, a small and ancient town, once a nail-making centre and part of the industrial Black Country, yet close to beautiful countryside. It was vital at this time that new outlets should be found for all our products.

With this in mind my parents and I went to London for a month in a caravan Ernest had built a year or two before, and every day my father went into London with a large wheeled truck he had constructed, loaded with samples of all the things that Brady Brothers made. He called at all the big stores and as many small fishing and gun makers shops he could find, showing them his goods and taking many orders. This undertaking caused quite a stir and not a little amusement and was often referred to by our customers during the passing years.

1950s
As a girl I well remember going into work one day in the 1950’s and finding the hallway full of what looked like a lot of broken-down cases and in some instances blood-stained game and fishing bags. Thinking they were all rubbish and that I should be deputed to put them in the dustbin, I luckily made some enquiries about the matter first. I discovered that they belonged to the Duke of Westminster and his son, who had just inherited them and Brady were to repair them and suitably initial each item.

I soon learned that sportsmen do not like anything to look new or brightly coloured and made only of natural materials.

1960s
In the next thirty years apart from recessions, Brady Brothers prospered. Our goods were exported to the USA, Japan, France, Sweden, South Africa and Italy, we also enjoyed a healthy home trade. Several Brady fishing bags became sought after fashion items, particularly the Severn. Many celebrities were photographed at airports carrying them, and news men and photographers found the bags convenient to carry their heavy equipment around.

1980s
As the years past Ernest was anxious to integrate some young people into the company to take his and Philip’s place as they both grew older. Three or four candidates came and went. In 1983 I was elected as a director of the company in the hope that along with two other working directors the business could continue after Ernest and Philip’s departure, principally to ensure the jobs of those in the company, many of whom, had been with us for up to thirty years and more. Ernest died soon afterwards.

1990s
The company continued under Philip’s management until 1993 when Mr Michael Goold of Goold Holdings, Walsall came along and purchased the business. Goold Holdings had already acquired Jeffries Saddlery together with the Falcon, Eldonian and Wembley brands and Brady complemented the existing business.


2000s
Brady moved their manufacturing operations from Halesowen and integrated production with Jeffries Saddlery, using the skills synonymous with the leather industry based in Walsall. Lesley Taylor joined the company in 2002, having spent the previous five years with Mulberry. Lesley introduced new bags into the range and found that the quality values of Brady bags appealled to a much wider audience.
As in the 1930’s, Brady bags are still renowned for their quality and craftsmanship and continues to have solid foundations with the fishing, hunting and shooting sectors which use their traditional game bags, cartridge bags and gun covers. Brady also export to North America and Europe and has a large market in Japan where Brady bags are mostly used as a fashion item.

The Full range of UK made Brady fishing, sporting and lifestyle bags and accessories is available to buy from Glasgow Angling Centre and Glasgow Field Sports, both online and instore - CLICK HERE TO SEE THE RANGE!